Demand for Latinas in Tech 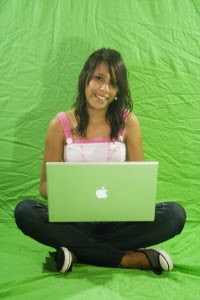 The evolution of how we communicate with people has passed all boundaries. From e-mail and social media, to online advertising. Today, people are taking in information in more creative and tech-friendly ways, especially the younger generation. The new media industry is growing, and in more dynamic ways than ever before. With this growth, many women of color are joining the new media force.

Sara Inés Calderón, digital media expert, stated, “It’s important to have women of color in all aspects of media — from production to marketing to creating to distribution to new media. So, having Latinas and other women of color participate in new media, especially when media in general is such a white male-dominated industry, is essential.”

According to Pew Hispanic, the digital divide between Latinos and whites is smaller than what it had been just a few years ago. For example, between 2009 and 2012, the percentage of Latino adults going online increased from 64% to 78%, while among whites it only increased by half as much. In fact, according to Nielsen Media Research, Latinos are especially active on social media and are rising in numbers – in 2012, Hispanics increased their visits to social networks/blogs by 14 percent compared to February 2011 and are the fastest U.S. ethnic group on Facebook and WordPress.com.  Women also use more social media networks than men, according to Adweek.com.

Social media and advertising provide an outlet to voice opinions at a much larger scale than one can do alone to a group of people. It also serves as a tool to connect with like-minded people who share your same interests. Brenda Salinas, Associate Producer for NPR Latino USA, stated, “Latinos use social media in more way than any other ethnic group. Social media helps communicate with family in other parts of the world. There is also a different relationship with people on Twitter vs. real life. Many of us are so used to being the only one in the room, and we don’t have that feeling on social media.”

“It’s revolutionary that the second I’m interested in something, I can get the information in seconds – 20 years ago, we couldn’t do that! You can instantly connect with people that have your same interests, without feeling alone. The fact that other people are like me, is very comfortable. You can connect with people who have shared your same cultural experiences,” continued Salinas.

No matter what career you decide to do, new media will almost always play a role, especially with the future of where our communications medium is going. Being able to write is one thing, but being able to engage effectively in real time conversation online and being able to code, are skills that take time to acquire. For many Latinas, new media has played a crucial role in their careers, especially when making a career jump.

According to writer Erika L. Sánchez, “Without new media, I never would have developed this kind of writing career. My career is completely dependent on the internet. I started off with a small blog and clawed my way up to large publications. I feel that new media has helped give many marginalized people a voice. Though not all outlets acknowledge our communities, many people have taken to Twitter, Tumblr, or blogs to express themselves and engage in important political discourse. In this way, media has become more democratic.”

“There is no such thing as a radio producer, you’re a multimedia producer.  If it airs once, you are wasting your time and only reaching a fraction of people you can be reaching.  To do social media well, you have to be ahead of the curve and do it right. Elements of storytelling don’t change, but social media always changes. It’s always on the go and a learning process,” stated Salinas.

“New media has played a significant part of my career. When I started my career I was writing newspaper articles, then we started adding a few blogs, and when the economy crashed I lost my job and started working at a digital new media startup. New media gave me an entirely new career and opened up a great number of doors for me,” stated Calderón.

With the digital sphere always moving, it is important to note that it is always a learning process and no one can learn at a blink of an eye. But starting now when you’re young and full of energy, will put you ahead of the curve and make you prepared for whatever the world throws at you!

Read the original article on Latinitas Magazine.
Posted by Gabriella Landeros at 10:06 AM